My favourite time of year is upon us. Time for spooky decorations, pumpkin beer, carving pumpkins, gorging on candy and dressing up in fabulous costumes! The time of year when ghost stories come to life and witches take over the silver screen.

Over twenty years have gone by since one of the greatest Halloween movies, and my personal favourite, premiered. My yearly Halloween celebrations aren’t complete without watching Hocus Pocus at least once.  This year, I decided to take this celebration one step further and set out for Salem, where the film is set.

If you haven’t seen this movie starring Bette Midler, Sarah Jessica Parker and Kathy Nijimy, you should stop what you are doing and go watch it….immediately. 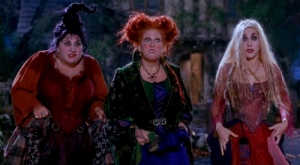 Hocus Pocus tells the story of the Sanderson sisters, three witches who are hanged during the Salem witch trials. After 300 years, the spell the witches cast the night they were hung resurrects them when Max decides Halloween is all a bunch of hocus pocus, and lights the black flame candle on Halloween night.

Now it’s up to Max, his sister Dani and his crush Allison, along with an immortal cat named Binx to put an end to the Sanderson sisters once and for all.

While most of the filming took place in Los Angeles, some sites in Salem and neighbouring towns made an appearance.

Being such a huge fan of both Halloween and this movie, there was no way I was leaving Salem without tracking down as many of the film sites as I could. 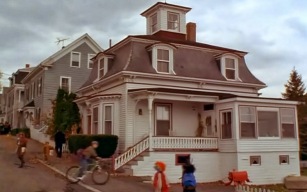 1.  Max & Dani Dennison’s House– 8 Ocean Ave.  In the film, the Dennisons recently moved to Salem from L.A. into  this amazing house at the end of Ocean Ave overlooking the water.  Today, it’s a private residence, but still looks exactly as it did in the movie when the witches burst out of the amazing rooftop tower. 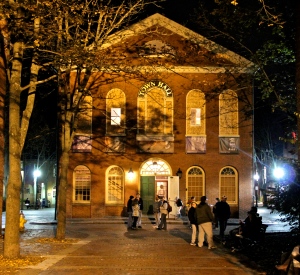 2. Old Town Hall– 32 Derby Square- This is the spot where the Sanderson Sisters ‘put a spell on you’ as the adults spent the night dancing away at the town Halloween party. Today, the Salem Museum is located on the first floor of the building. It also hosts the plays Cry Innocent and History Alive.

3.  Allison’s Mansion – 318 Essex St – The gorgeous house where Max’s crush, Allison, lives is the historic Ropes Mansion, which was built in the 1720s. Today, the mansion is operated by the Peabody Essex Museum and is open to the public. (The film only used the exterior of the house.) 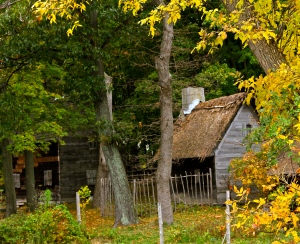 5. Jacob Bailey High School – Salem Commons- The school Max Dennison attends with Allison.  The exterior of the former Phillips Elementary School made an appearance in the movie when Max, Dani and Allison trick the witches into the furnace to burn them.

6.  Park outside the school – Salem Common- the scene where Max tries to trick Allison into taking his phone number after school takes place here. Like most New England settlements, Salem had a plot of land where residents could graze their livestock. In 1850, the city enclosed the Common with the wrought iron fence and renovated its structures.

7. The Graveyard-Old Burial Hill, Marblehead– The daytime shots of the graveyard, where Max is bullied by Jay and Ernie and where Max, Dani, Allison and Binx, hide from the Sanderson Sisters, is located in neighbouring Marblehead. The Old Burial Hill cemetery was established in 1638 and is one of the oldest cemeteries in New England. (Night filming took place in Los Angeles.)  Sadly, we didn’t make it out to this one…guess I’ll just have to make another trip!

So next Halloween season, if you’re looking to chase down some fun and celebrate one of the greatest Halloween films ever, sail into the Sanderson Sisters’ witching ground and take your own walking tour of these Hocus Pocus filming locations!

One thought on “Hocus Pocus Tour of Salem”