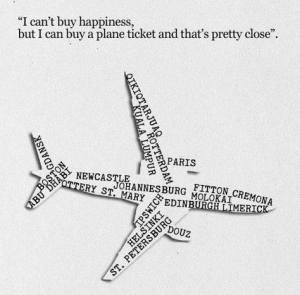 One of the best things I spend my money on for sure!

‘Around the World in 50 Years’

As a travel addict, I’ve often dreamed about travelling to every country in the world, so when I came across Albert Podell’s book ‘Around the World in 50 Years‘ I was intrigued. Albert set a goal for himself to actually set foot in every official country around the world, which at the time of writing was 196, and then started checking them off.  Some were easy and enjoyable, others a bit more challenging, but then he got down to the ones that were war-torn, almost impossible to get visas for and just plain dangerous.  Yet fifty years after travelling to his first country, Canada, he touched down in the nearly impossible to reach Angola and finished his mission.

Talk about living life to the fullest. After reading this book, I feel as though I’ve hardly travelled. I thought I had some great travel stories (and I do have a few) but nothing compared to some of the harrowing tales of Albert’s years on the road.  He writes with humour and compassion about the adventures he’s had, filled with curiosity and drama.

He comments that he would have enjoyed the quest even more had some of the parts been not quite such a challenge, but in the end wouldn’t change it.

“At the end of the day, I was able to play the cards the world dealt me and survive to 196. Who else can say that?”

The issues he faced both getting into some countries and then safely getting around the has made me rethink (slightly) my quest to visit every single country, but what an accomplishment that would be!

While in Boquete, Panama, I stopped by one of the local coffee farms to learn about how some of the world’s most delicious coffee is made…and tried a few samples.  It was perfection!