Posted on September 22, 2016 by crystalburney

I’m a huge Dolly Parton fan. I grew up listening to her records and Kenny and Dolly’s Once Upon a Christmas is still my favourite Christmas album. I started as a fan of her music, but as I learned more about her and read her books, I became an even bigger fan of her outlook on life and her ambition. She’s never been afraid to dream big and then go after those dreams with everything she has. This has always inspired me to go after my own big dreams!

So as a big fan, there are two things I’ve always wanted to do:

1) See her in concert

2) Go to Dollywood, her theme park 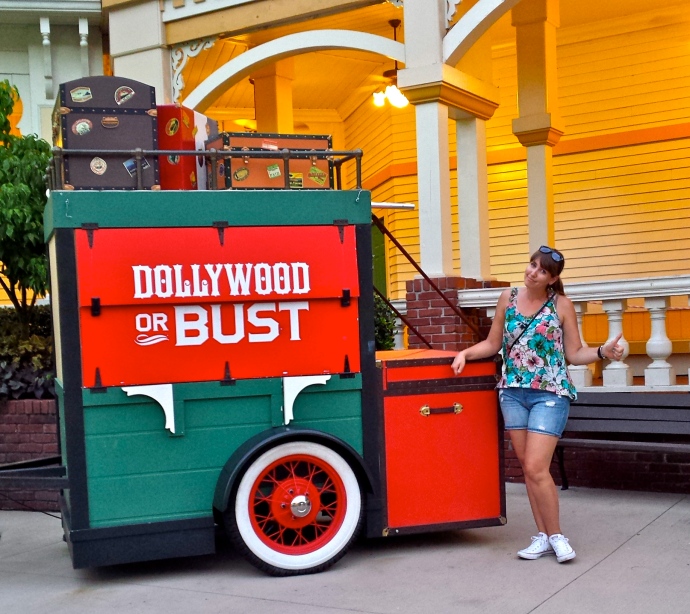 This summer I got to check both items off my wish list!

First up was Dollywood!

We took a road trip to Pigeon Forge and after stopping to grab a photo of the Dolly Parton statue in her hometown of Sevierville, we arrived at the gates of Dollywood.

Spanning 150 acres in the foothills of the Great Smoky Mountains, Dollywood has something for everyone, with over 40 rides, along with multiple shows and southern-style dining and different events going on, depending on the time of year.

During the summer months, you can also head next door to Dollywood’s Splash Country water park.  Between the two parks, you can easily spend a few days here, staying right on site at her Dream More resort or in one of the cabins. 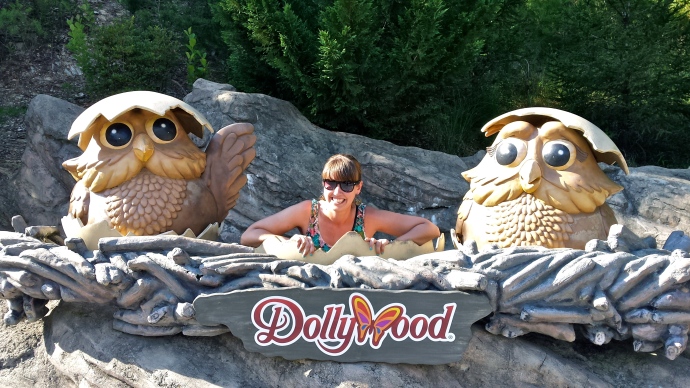 On this trip, we only had one day, so we spent it at Dollywood.  The park is broken into ten sections with shops, food and rides. There are also various stages set up around the park with several shows a day at each one.   A few highlights for me were the Dollywood Express train ride into the Smoky Mountains, eating a fresh loaf of cinnamon bread from the Grist Mill made fresh daily (seriously the best I’ve ever had!),

wandering through the Chasing Rainbows exhibit of her life 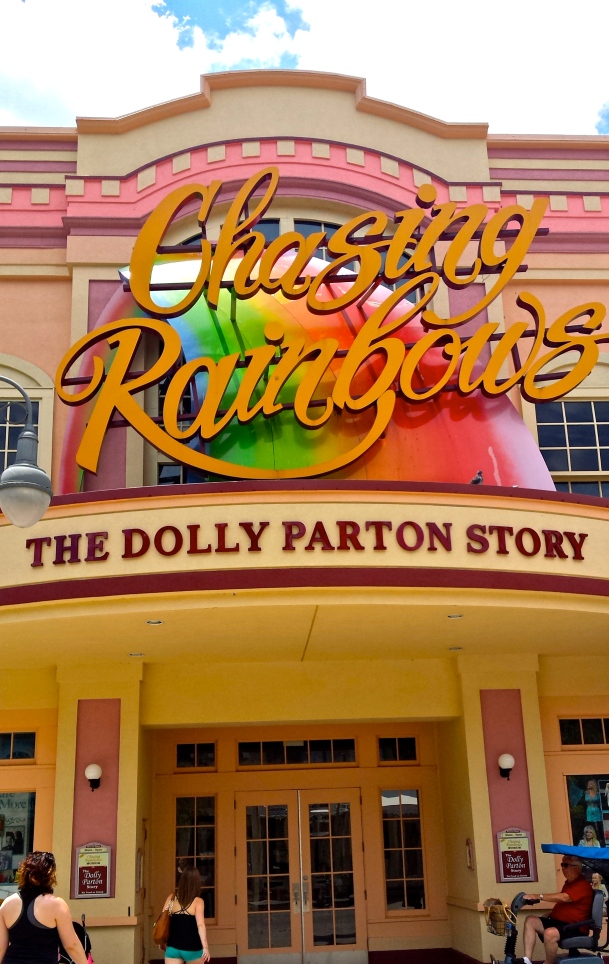 and taking a tour of her old tour bus and seeing where she spent her days while on tour (complete with tiny bathtub!)

The park was clean, the people were friendly and the rides were fun. It was a great day wandering around Dollywood – if only she was there!  Instead, I had to settle for seeing this living legend in concert back home in Toronto, which was the perfect ending to my ‘summer of Dolly!’

Some advice from Dolly 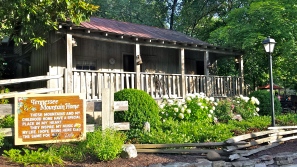 Replica of her Tennessee Mountain Home 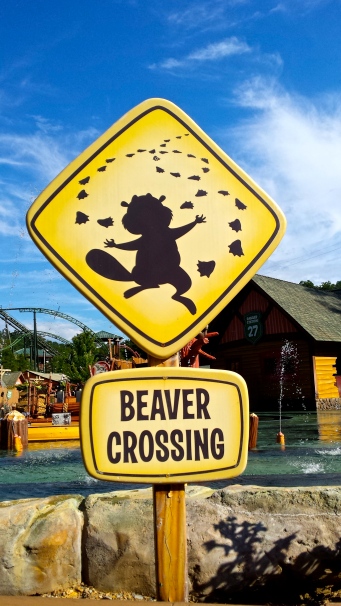 Wildlife was all around!

Heading over to “Barnstormer” 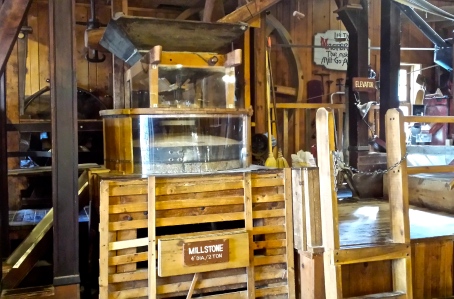 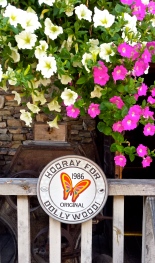 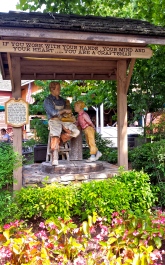 Heading into the Country Fair

“All aboard the Dollywood Express!” 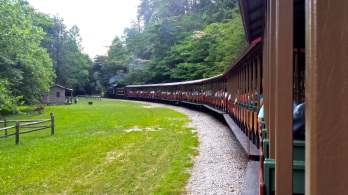 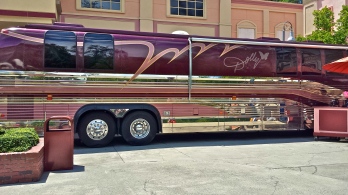 Taking a tour of the tour bus

Some of her many costumes 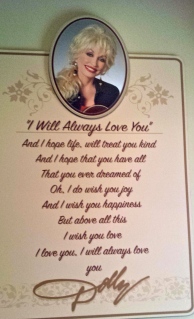 Her costumes and hit’s on display 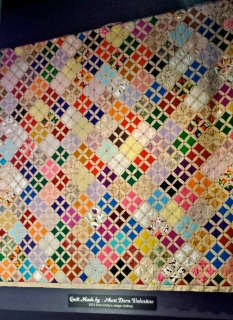 Blanket made from some of Dolly’s many costumes

The original ‘Coat of Many Colours’

They used to paper her childhood home with newsprint which added warmth…and something to read!

Dolly welcoming you inside “Chasing Rainbows!”
For more info or to plan you own Dollywood Adventure, visit  Dollywood.com